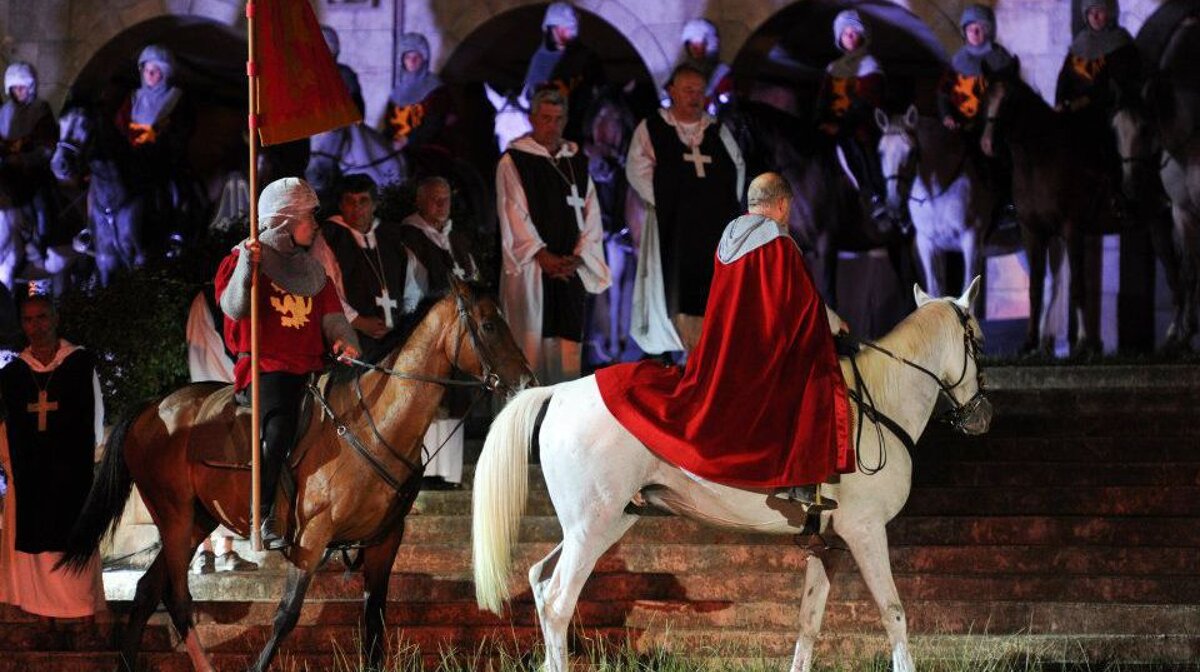 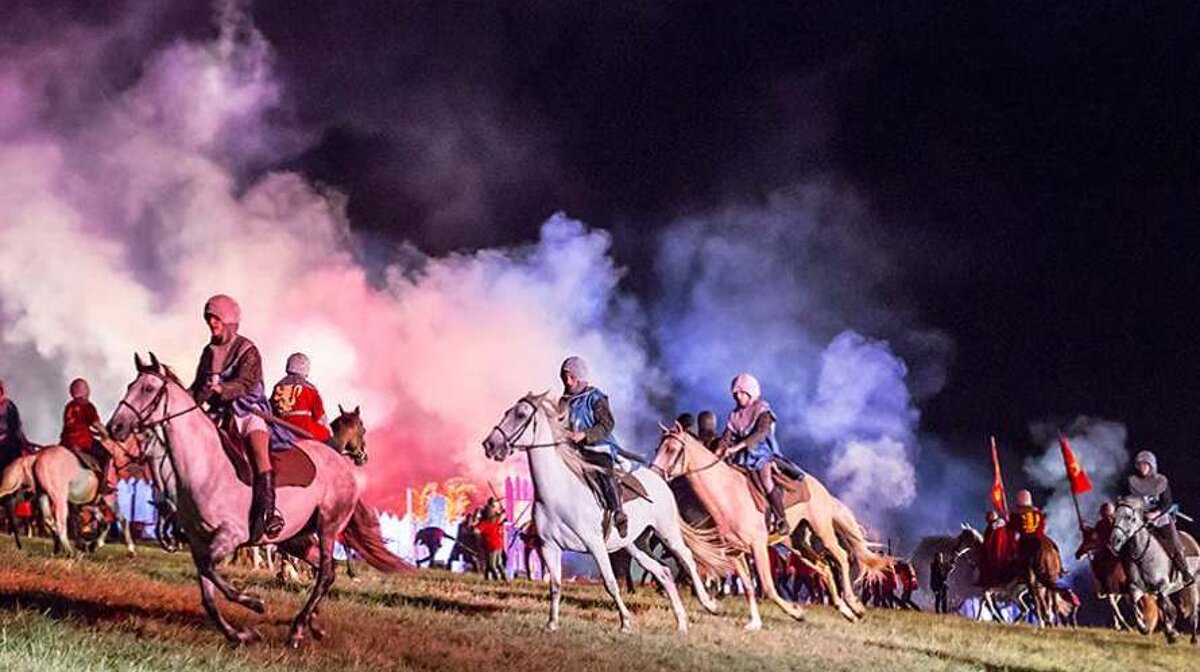 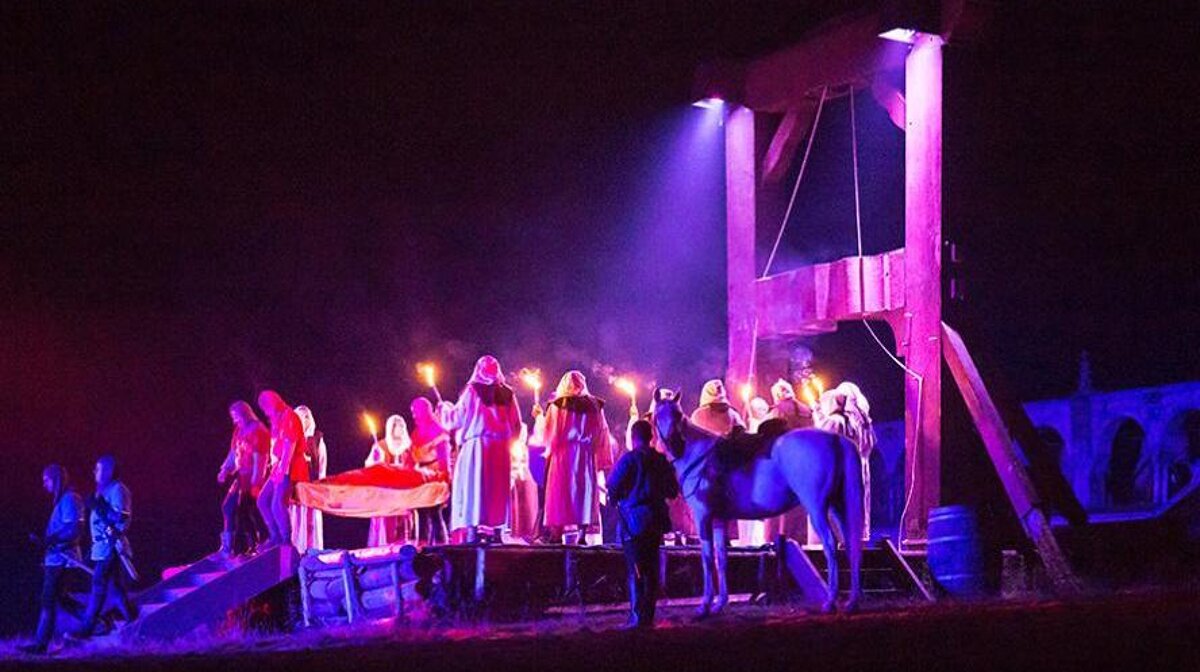 The Battle of Castillon sealed the end of the Hundred Years' War on 17th July 1453. Enjoy this dramatic re-enactment just a stone's throw from the original battlefield, and immerse yourself in 1453, which also marked the end of the Middle Ages with the fall of Constantinople.

This fantastic spectacle includes over 600 actors and 50 horseback riders, complete with stunts, special effects and explosives and is considered to be one of the biggest spectacles in the Aquitaine region.

The venue, Alienor's Village, opens at 18:30 offering medieval fights and jousting, dance demonstrations and theatre scenes, as well as activities for children, wine tastings, a market and food.

The Hundred Years' War was a series of armed conflicts between the kingdoms of England and France in the Middle Ages, originating in a disputed conflict over the rights to the French throne between the English royal House of Plantagenet and the French royal House of Valois. For 116 years five generations of kings fought for the right to rule the largest kingdom in Western Europe. Going back to William the Conqueror, English monarchs held title rights in and across French territory which was a constant source of conflict between the monarchies throughout this time.

Although the Battle of Castillon is considered the 'end' of the war, the loss of Bordeaux in the October of the same year was the last of any actual hostilities. With unrest at home the English were in no position to keep fighting. The two sides in fact remained officially at war for further twenty years, and it wasn't until 1475 that the English King Edward IV renounced his right to the French throne. It is believed the English landowners grievances over their lost lands in France is what paved the way for the War of the Roses that started in 1455.

English Kings continued to contest their right to the French throne right up until the French Revolution when the exiled King Louis XVIII was living in England.