Whatever you choose to do on your summer holiday you are sure to find a huge range of activities across the Bordeaux area.

From relaxing to full on adrenaline there is something for everyone, every ability and every age in Bordeaux. Check out the selection of things below for some holiday inspiration!

With some stunning beaches along the coastline you will not be at a loss for places to go and things do by the shore in Bordeaux. From beach clubs to watersports, sailing and boat trips, to just sunbathing and enjoying the scenery there is something for everyone. But remember that much of the coastline of the Bordeaux region is on the Atlantic Ocean so currents and undertows can be strong!

Enjoy a number of cycling trails and routes in Bordeaux and what better way to explore Bordeaux than on a bike when you can enjoy the beautiful scenery. Have a look at our cycling guide for more information and explore the cycling routes that are in the area. If you are in Bordeaux without your biking gear there are a number of cycle hire shops in who rent and sell bikes, gear and more.

Dive into the beautiful waters & discover the world below, scuba diving is a fantastic way to explore the water, wildlife and what lies below.

If you are a beginner to scuba diving there are a number of diving schools in Bordeaux that can teach you the ropes and get you started. For those more experienced there are plenty of excursions in Bordeaux where you can dive into the beautiful blue waters and explore the depths below.

You can dangle a fishing rod in most places and it's often something you can do by yourself, or with friends, from a harbour wall, from the beach or from a boat. There are literally hundreds of places you can go. Why not speak to some of the specialist companies who offer guided trips and excursions or yacht charters for coastal or deep sea fishing, for a bit more of an adventure.

There are over 2.5 million people doing geocaching around the world and some of them (perhaps surprisingly) are right here in Bordeaux! It’s a relatively new craze that started taking the world by storm in May 2000 after a computer geek decided that GPS could be “really exciting”. He hid some treasure at his home in Portland, America, for people to find, broadcast the GPS coordinates and said, “Come and get it”. His only rule: “Take some stuff, leave some stuff”. And that’s exactly what Geocaching is…you go in search of treasure by using the GPS system on your mobile device – once you’ve found it, you write your name in a logbook and replace the treasure you decide to take. It’s pretty simple really and means, as a family, you can be adventurers together. You won’t usually find anything quite as precious as gold, silver and diamonds but nevertheless it’s quite exciting!

Excellent courses and beautiful scenery across the entire Bordeaux region, make this a perfect place for a round of golf. There are also a number of golf specialist hotels and resorts that you stay in if a holiday filled with golfing is what you are looking for!

Horse ride through the nature reserves, forests, vineyards and mountain top towns and the beautiful coastline of the Gironde is the perfect way to explore the area. Bordeaux and the surrounding area is an attractive destination for horse riding, trekking & lessons.

Kayaking is a fun watersport that can be enjoyed as a team or on your own. Unlike canoeing, paddlers face forward and have a double bladed paddle. It is a versatile sport that you can enjoy on rivers, lakes and the sea.

You can take your inflatable or plastic kayak and make your way down the water. Using the double bladed paddle you can control the speed, direction and enjoy the experience and wonderful views in your own time. There are some watersports centres and adventure companies who can take you out for your kayaking experience.

Explore and discover the best markets and shopping in Bordeaux! A dream for any sort of shopper and in all the villages dotted around you are sure to stumble across some fantastic shopping. The markets in Bordeaux are also something not to be missed, explore the many stalls and purchase anything from local food to nic nacs and souvenirs.

Check out our guide to shopping in [resname] for more information on all the shopping hot spots and markets.

Mountain biking is a challenging and fun activity whether you are an experienced biker or new to the sport it has something to offer everyone. If you are new to mountain biking let a guide take you out for the day and show you the ropes. If you are experienced then seek out the best routes and explore the countryside on the rooty and rocky tracks.

Bordeaux is the perfect place to pop on those running shoes and head out to explore. With the beautiful scenery and wonderful landscape you can run for miles or simply head out for a short jog. There are a number of trails to follow and even some events that you can participate in. Check out our running guide for more information on running in Bordeaux.

With plenty of coastline to explore you would be silly not to hire a boat, charter a yacht or join one of the many boat trips up and down the Gironde coast & estuary to some of France's best beauty spots.

With its warm climate and dry months, tennis is very popular across the region. Significant investment in the sport means that there many tennis clubs and courts available for the enthusiast or the amateur. The courts are generally clay or hard courts, and you can book courts as a non-member at most of the clubs.

Swing through the trees high above the forest floor on a circuit of zip lines, monkey bridges, ladders and ropes. You can travel through the forest without touching the floor, safely strapped into a harness and attached to a secure safety line. These eco-friendly adventure parks are created around the trees without damaging them in any way and can be dismantled if necessary, leaving the forest as though untouched.

Tree-top adventures can be fun for both adults and kids and with most courses having a few options of varying difficulty anyone can participate in the tree swinging fun. Check out where you can enjoy a tree-top adventure on our theme parks page.

Hikes in the Bordeaux region can generally be split into two categories: coastal and hilly. The coastal routes are all very accessible and mostly very easy and well trail marked, more like strolls than hikes, but still worth doing for the unbeatable views of the coastline and access to fabulous beaches along the way. The hilly trails take you through the many hill top villages and banked vineyards of the region and are a great way to explore the terrain inland and the many medieval villages and vineyards that are dotted around the countryside.

Bordeaux is perfect for water sports with its warm summers and interesting coastline. There are plenty of watersports centres where you can learn to sail or enjoy thrilling rides in speedboats, and everything in between. Surfing is particularly popular in the area and there are many surf school dotted along the coast. Other activities you might want to try also use the wind, for example kite surfing.

Watersports To Do in Bordeaux

Take a tour around one of the beautiful vineyards in [resname]. Taste the carefully made wines, learn more about them, the grapes and the wine making process whilst enjoying the wonderful vineyard scenery. 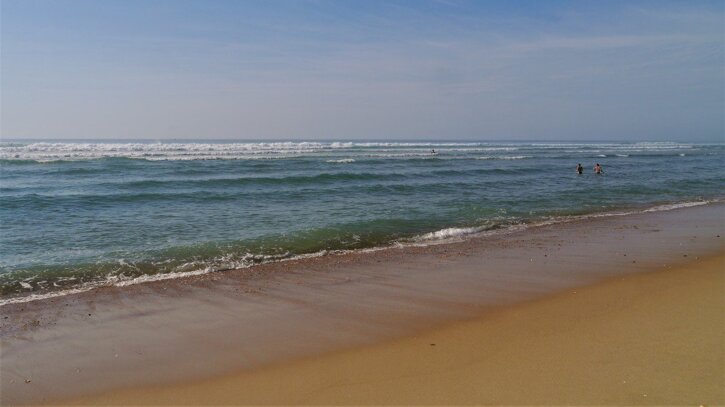 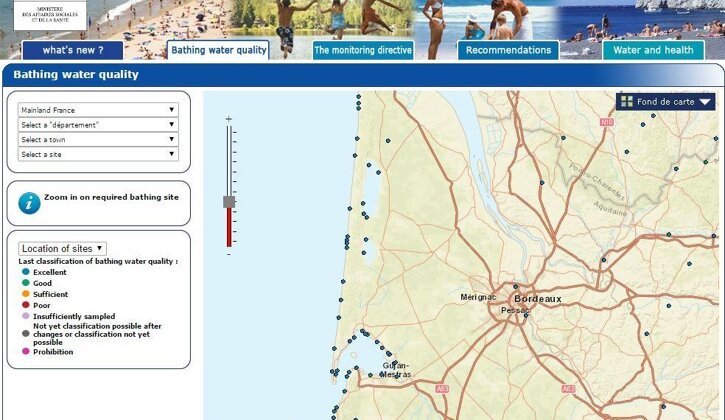 Where to find the cleanest water along the Atlantic

The Ministry of Health in France is urging bathers to take note of the water quality on their favourite beaches. They are providing up-to-date information regarding the cleanliness of France's beaches and rivers. 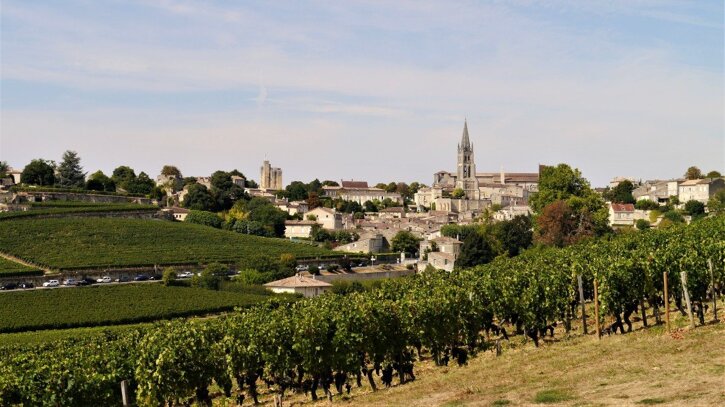 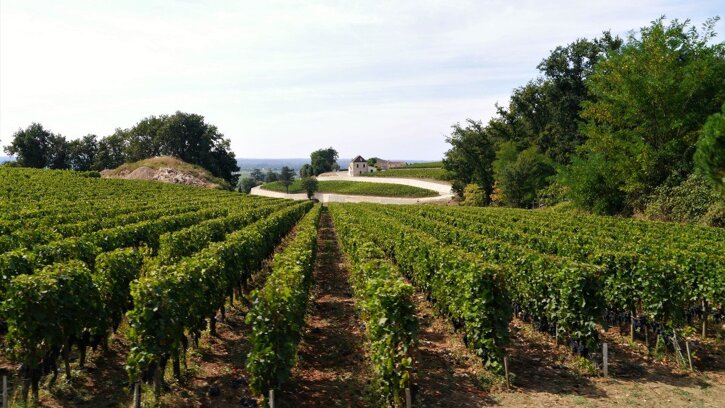 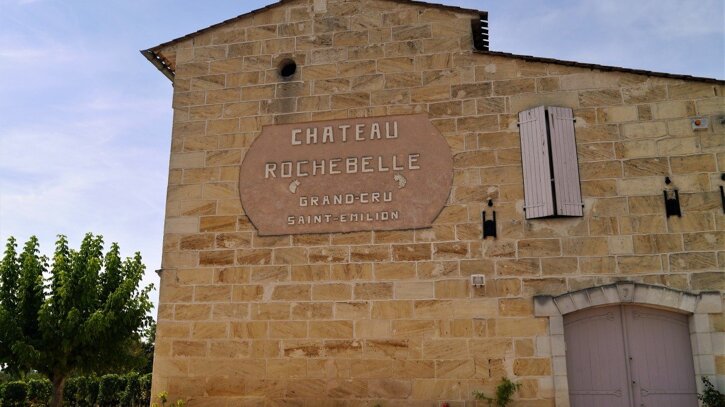 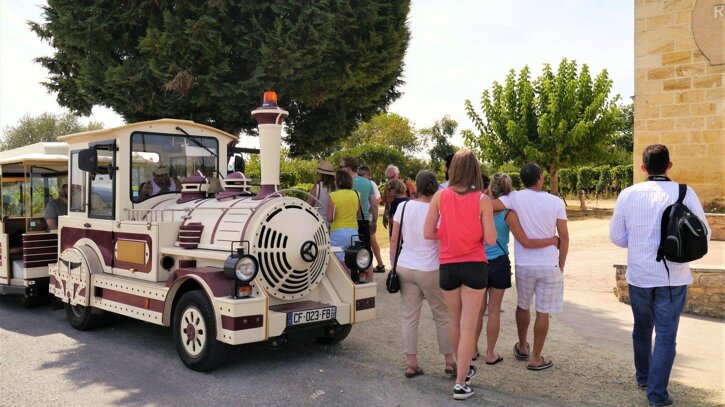 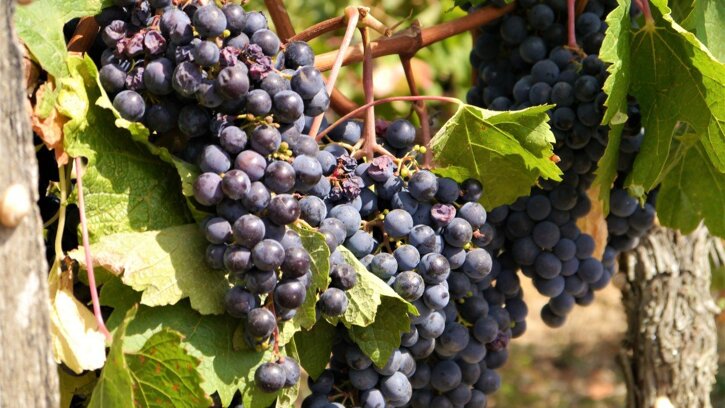 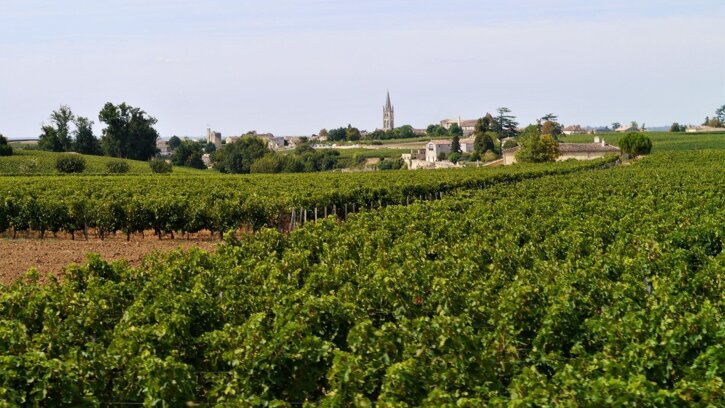 Only having time for an afternoon in St Emilion I was pleased to discover the Train des Grandes Vignobles which could take me around the region...without me even having to take a step.