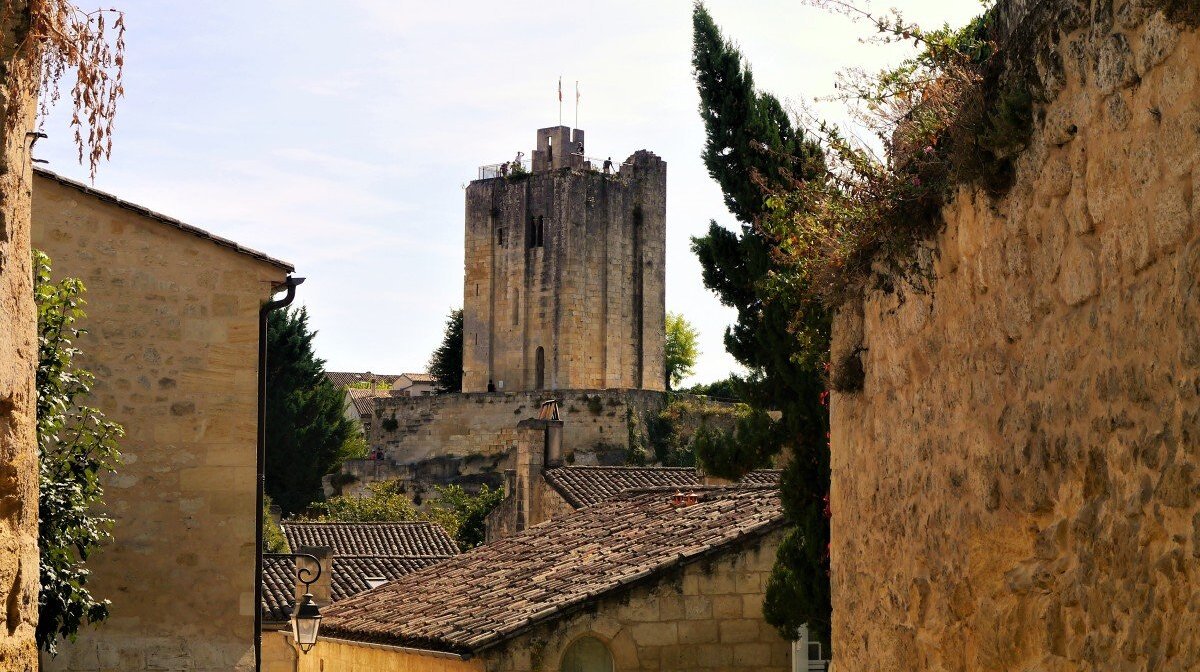 Sited to the west of Saint-Emilion, the impressive square stone keep of this grand king's castle is all that now remains. The views of the city from the tower are well worth the 118 steps.

The castle dates back to the 13th century and was an important city defence. The only Romanesque keep still intact in the Gironde, it rests on a rocky massif isolated from all sides and dug in natural caves and quarries exploited since the Middle Ages. From the floor to the lower terrace at the top, there are 32 meters.

It was probably promoted by Henry III Plantagenet, king of England and duke of Aquitaine, in 1237, when Saint Emilion fell again under English control.

The tower is an important site for the 'Jurade', a local organisation that is responsible for ensuring the quality of the Saint Emilion wines and promoting them around the world. They celebrate the Saint-Emilion wines twice a year with town parades which finish at the top. There are great views over the town and the surrounding vineyards.

The keep is open all year, although in the months of October through to March it is best to contact the tourist office in advance, especially if you would like a guided tour.

Children under 6 years of age can enter for free.