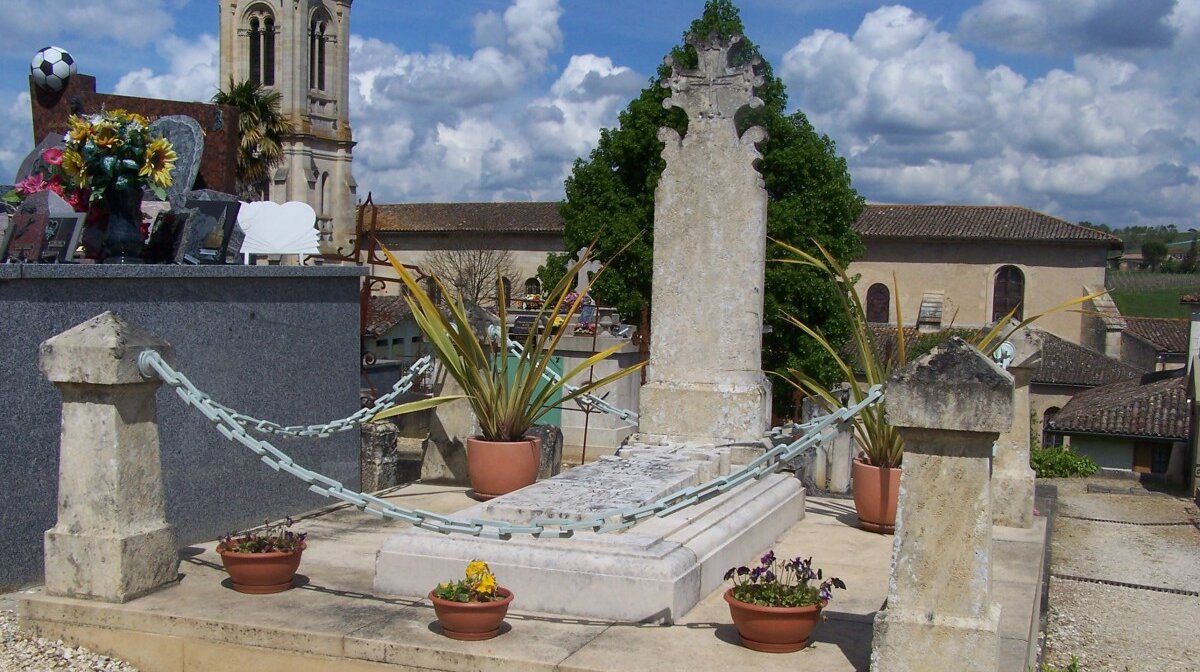 The tomb of this important and colourful painter is located in the cemetery of the Baroque church in Verdelais.

Toulouse-Lautrec produced some of the most important Post-Impressionist works featuring the vibrant underground life of Paris. He famously painted a number of pieces for the Moulin Rouge. He suffered bad health from a young age, which was possibly attributed to inbreeding and the resultant genetic problems; his parents were first cousins. He was an alcoholic for most of his life and died young, aged just 36, though he produced thousands of pieces during his short life.

His family moved to Chateau Malrome in 1883. He frequently visited the chateau and eventually died there in 1901. He was buried in the grave yard at Verdelais.