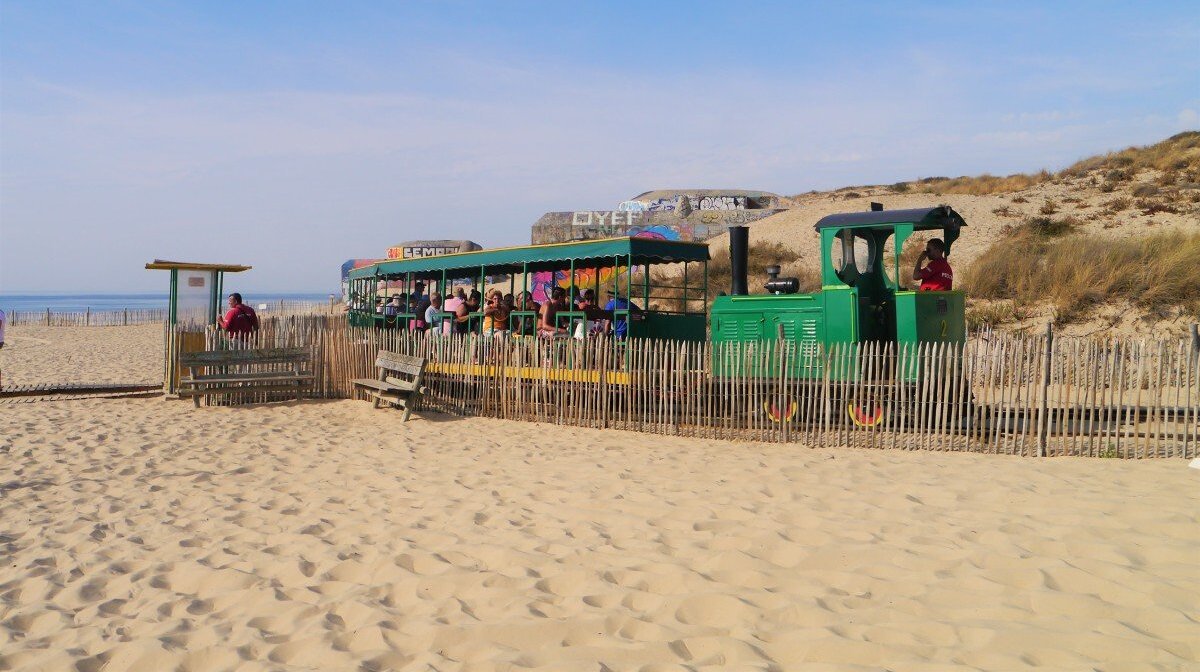 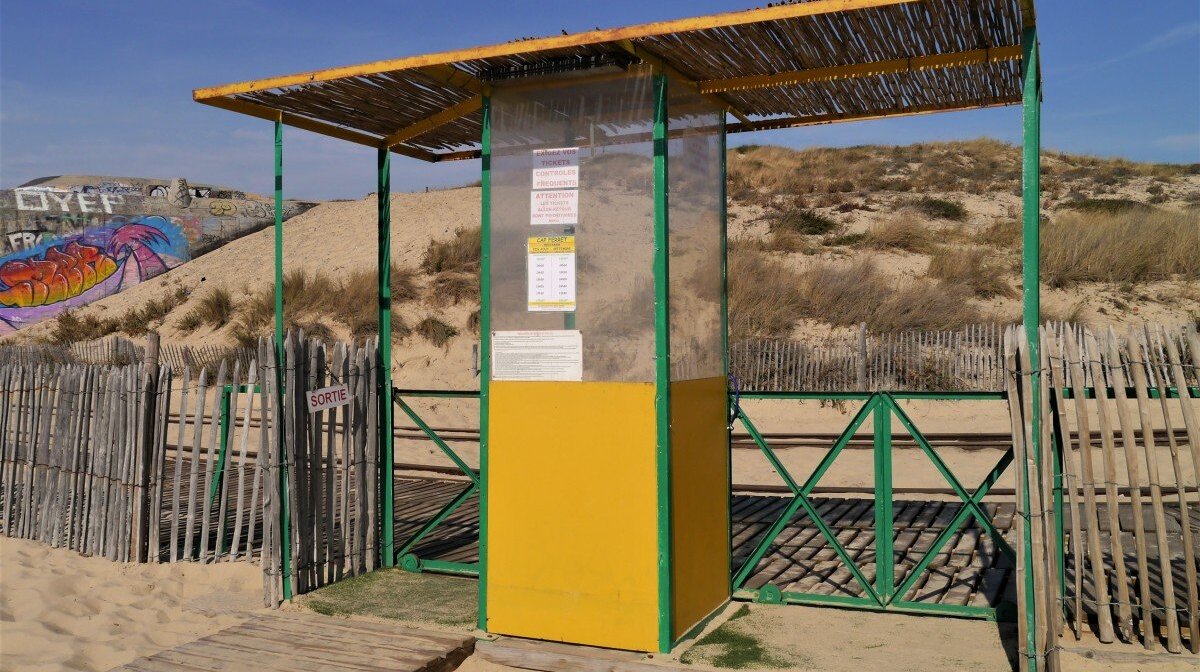 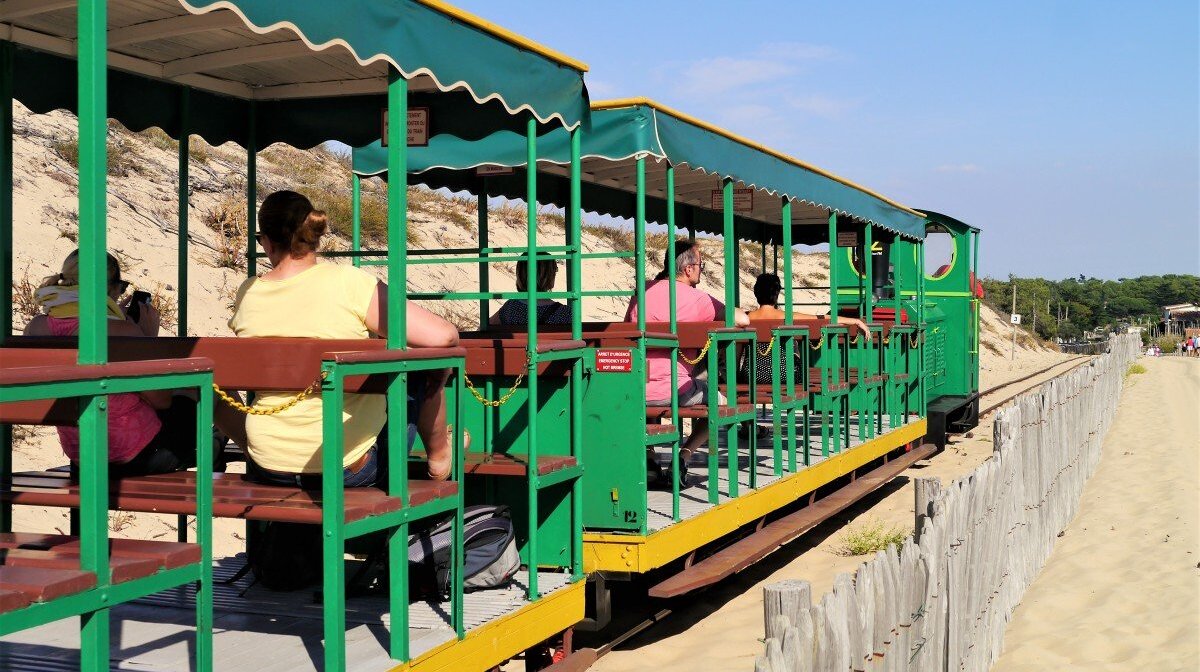 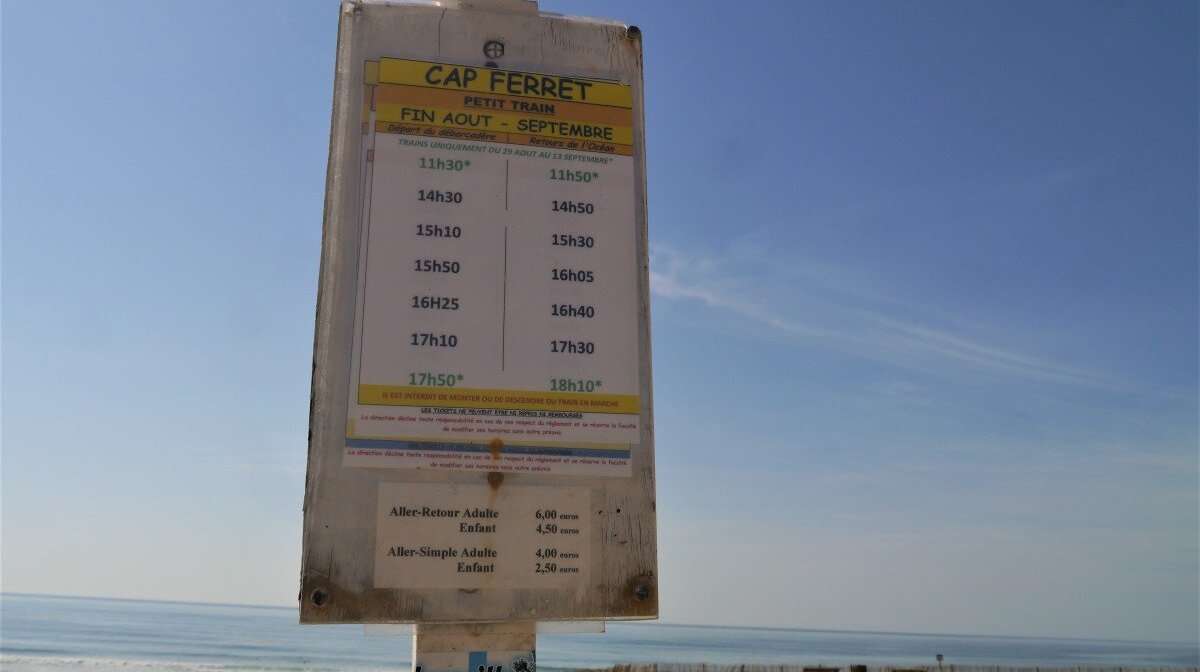 The train station at L'Horizon beach

Heading back to town, tourist train of Cap Ferret

Timetables for the tourist train of Cap Ferret

Running from the ferry terminal at Belisaire on the Arcachon Bay side of the peninsula this small train link passengers to the Atlantic Ocean on the west coast.

The train is set on a 600mm narrow gauge track and was first operated in 1879 and was originally pulled by a horse. It became engine powered in 1925 and service was stopped in 1935. It was reinstated once more in 1952 and eventually in 1989 the train was acquired by the commune and has been run by them ever since.

It travels a distance of 2km and takes around 12 minutes for each journey between Plage de l'horizon on the Atlantic coast with the jetty at Jetée de Bélisaire on the Arcachon Bay.

It operates during the summer months between April and early November and runs around every 30 minutes or so. Generally the service is only run in the afternoons, however during peak times the trains are more frequent and there are some morning services.

Although the line is largely situated along the road side, the trains are operated by open-sided coaches hauled by diesel locomotives, so it feels like a real treat and a fun way to travel across the peninsula.